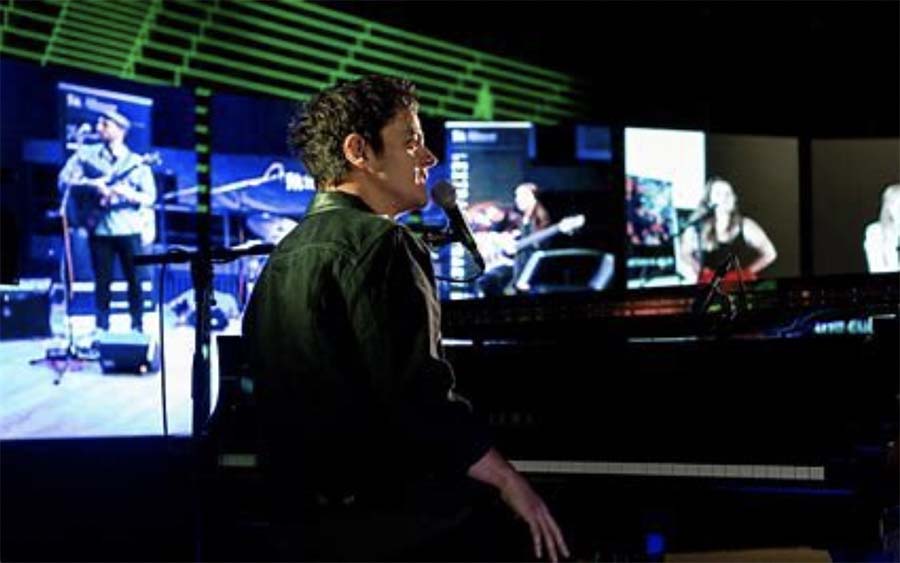 Jamie Cullum, EE, King’s College London, and the charity Music for All recently teamed up to demonstrate the power of 5G technology, and how it can be used to change lives.

Music for All enriches children’s development by introducing them to music, be that through providing lessons and workshops, or by donating instruments. One blocker for children to progress with music is the distance and cost to travel to a teacher for their lesson.

By using 5G, Jamie Cullum was able to play live with amateur musicians from the Universities of Bristol and Birmingham. With video conferencing it is easy to allow for time delays as the signal travels from one site to another. When playing live music, any significant delay would be un-manageable.

The latency (delay in data transference) was so low, the time it took for the signal to travel from London – Bristol – Birmingham – London was as if the musicians were sat 3 metres from one another. It was a truly remarkable experience.

The one, unreported issue was that Jamie Cullum was playing his piano in the Roman Amphitheatre which is deep underground beneath the Guildhall Art Gallery. 5G suffers the same constraints as other Wi-Fi, and the signal simply couldn’t be transmitted or received from the Amphitheatre.

With less than a week’s notice, Redsixty ran fibre cabling from a 4th floor meeting room, across two wings of the Guildhall, into the basement and through to the Amphitheatre. Less than 24 hours after the event, the cables were removed leaving no signs the event ever happened.

“I was overwhelmed by the low latency made possible by Redsixty’s cabling,” observed one discerning critic.

Elsewhere an influential member of the IT cabling community was heard to remark, “Jamie has never sounded better – I would advise him to engage Redsixty ahead of every gig.”

Further information about the event can be found here or here (-41:30), but there is surprisingly no mention of the heroics that enabled the whole event…

We use cookies to improve our users experience. Cookies are small files which are stored on your computer and designed to identify our users. By closing this message you agree to our use of cookies, unless you decide to disable them.